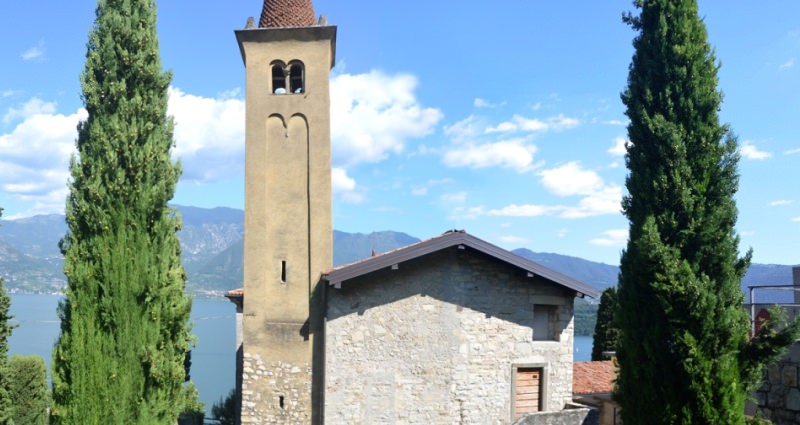 Considerable importance have the Romanesque church of San Pietro, situated in the scenic area of Tavernola cemetery, dating from the thirteenth century. Inside, in the presbyter, you can admire the frescoes by Romanino, including the Madonna enthroned with child, placed on one of the presbytery walls. On either side of the Virgin there are recognizable figures of St. George and St. Defendente, while lower down there are Saints Peter and Paul with some faithful. Up to 1570 the church was the only open for worship. The slender and elegant bell tower of gothic lombard style, pierced by minute mullioned windows ; It housed two bells of 1545 and 1700. During the fifteenth century at the original church was added the center aisle, further extended with two side chapels .. 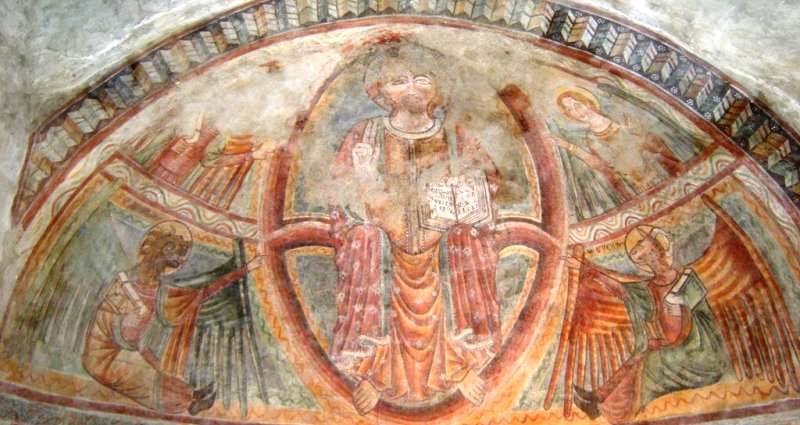 Romanesque church of St. Michelone(big Michael) in Cambianica is at five minute walk from Magotina and stands out for its bizarre architecture carolingian-ottoman inspired and for its many frescoes dated 1364. Presence on St. Paul island of clunicensi monks lets you understand the influence on dedication of church for St. Michael. The building is characterized by the absence of a portal in the facade (which therefore is called adiabatic), replaced by a side entrance; a very rare typology, which falls within the scope of the culture by carolingian derivation, and characteristic of the second half of the eleventh century. This little gem (10,1x7,6 m) preserves the stone walls and a rich internal and external decoration. The church is now a national monument , under the superintendence of fine arts department. 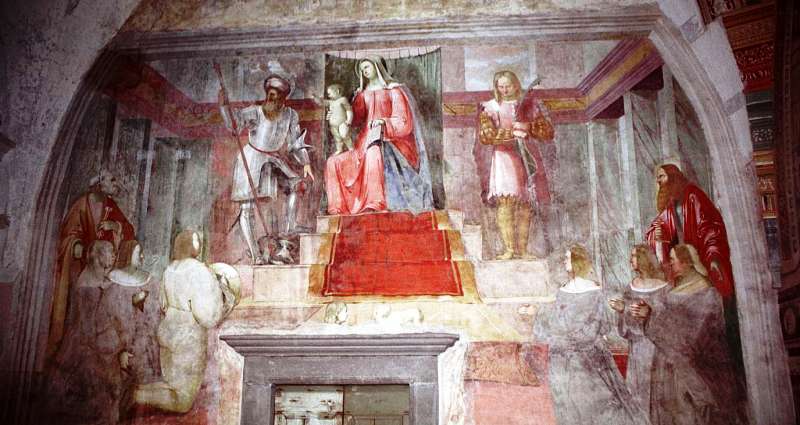 An itinerary of exceptional cultural interest, spread from the shores of Iseo lake to middle Valcamonica is what unites the places where Girolamo Romanino stopped, at different times of his life, leaving some fundamental witnesses of his artistic journey. The journey begins in Tavernola, where the artist painted in St. Peter's parish church one of his first great works, the fresco of the "Madonna and child enthroned, saints and donors". Continues for Pisogne and with the vast pictorial cycle in the sanctuary of St. Mary of the Snow, an "anti-classical" masterpiece, full of enthusiasm and excitement, able to incorporate the expressions of popular religiosity of the poorest layers. Then Pisogne, Breno and unforgettable images, grotesque tones, left by the artist on the walls of the church of St. Anthony. Last leg of the route is Bienno where, in the church of S. Mary announced Romanino realized a loop from the most romantic and introspective tones, inspired by the apocryphal gospels. 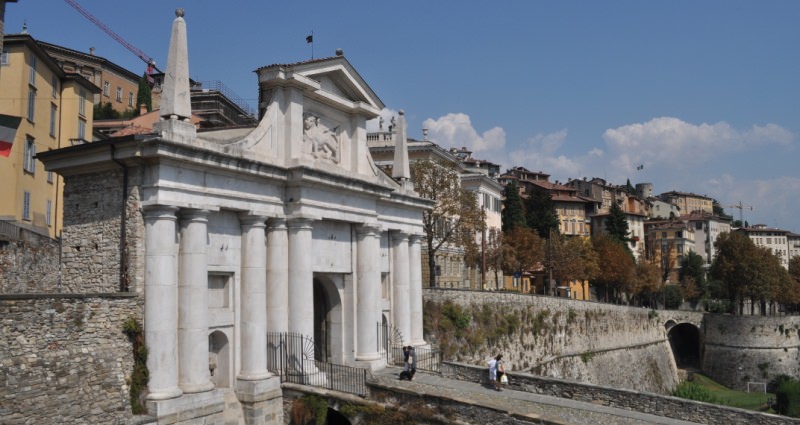 Nearby town of Bergamo, is divided into two distinct parts, the Upper Town with a historical center surrounded by walls, which as you can guess from the name is the part at most high altitude, and the Lower Town which despite also being it of ancient origin, and retains its historic hamlet, it was partly made more modern by interventions of recent urbanization. Bergamo Alta is a medieval city, surrounded by ramparts built in the sixteenth century, during the rule of Venice, which were added to the existing fortifications to make it an impregnable fortress. Bergamo is one of the few Italian cities along with Ferrara, Lucca, Verona, Padua, Treviso and Grosseto, whose old town is completely surrounded by walls which, in turn, have maintained intact their original appearance over the centuries. There are several tour choices, even of short duration, to visit the city.